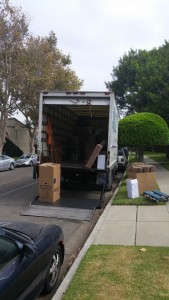 Spent most of August Moving 🙂

I spent most of my August getting ready for our move, moving and then settling in.  It was a lot of work but we have a great new place in Belmont Heights in Long Beach now that is just a few blocks from the beach and close to a ton of restaurants, shops and cafes.  I’ve challenged myself to eat at 100 restaurants in 100 days so stay tuned for the results.

In August, I started watching:

Mr. Robot (USA) – I like to watch about an hour of TV every day, a quick 20 minute sitcom while we’re eating dinner and something a little more substantive afterwards.  I had been seeing a ton of ads for this new show and normally I just ignore them, but something peaked my interested and we started watching.  The first few episodes were pretty thrilling and it was kind of a mix between Silicon Valley and a drama-thriller.  The show got a little too weird for me at the end though.

I also read the following:

Ad Blocking Plugin Cost Advertisers $21.8 Billion This Year – I honestly didn’t even know you could block Youtube ads and as someone who monetizes a Youtube channel from ads I was a bit torn but I ended up installing the plugin anyways.  It works great and now I don’t have to view those annoying ads at the beginning of Youtube videos.

What to do About a Bad Day In The Stock Market (Mike Piper – Oblivious Investor) – Apparently the market took a tumble last month.  Investing is a long term game and although I’ve got A LOT invested in the stock market, I also realize that it’s a waste of energy to worry about the day to day or month to month trends since I won’t be touching this money for 30-40 years or more.

The Truth About Uber in China (Sarah Lacy – Pando) – Anything China right now is really fascinating to me, I’m actually going to try and learn some Chinese next month (again) and I have plans to enroll my kid in Chinese daycare so they can become an international business superstar one day 🙂  But for now, I’m doing most of my China research in relation to Uber.  This article sums up Uber’s ‘foray’ into China best and frankly it doesn’t appear to be going well.  Uber is up against basically the Chinese version of themselves.  Didi Kuaidi is very well funded, has local roots/ties with government (which is huge in China), has an app of their own that works just as well as Uber and has most of the market share.  I don’t see how this can end well for Uber.

I listened to the following:

Kevin Kelly on AI and Designer Babies (Tim Ferriss) – I’ve been listening to a lot of Tim Ferriss podcasts lately because he always has on interesting guests and there is a lot that I can learn.  This episode was no different and the biggest takeaway for me was just that: in order to be successful in life or any venture, you have to constantly be willing and eager to learn new things, try new things and basically just do what others aren’t willing to do.

Good Guys (This American Life) – I tried this up in San Francisco and I pushed for it hard.  I really thought I was going to get ‘A Nice Guy’ discount (I also threw in good looking too) but when the check came there was no discount.  I think I definitely made the waitress’ day though 🙂

Hard Work Is Irrelevant (Planet Money) – This pretty much sums up why I’ll never be able to work for a mega-corporation again.  When there’s no reward for working smart, there’s no incentive for me to do it.  Netflix sounds like a great place to work but it also seems pretty cut throat.  I know it would be difficult for me to devote years of my life to a company and then be swept out like yesterday’s trash.  That’s why I like being in charge 🙂

A friend just put me on to a bunch of new travel podcasts so I’ll probably be listening to those over the next couple weeks.  Take care.